National Travel and Tourism Week, the 35th annual salute to unite communities across the country to celebrate what travel means to, The Woodlands. From May 6-12, 2018, destinations from all over the United States highlight the industry’s economic impact.

Travel is powerful for cities and states and The Woodlands, Texas is no exception. Travel supports 3,800 jobs right here in The Woodlands. In 2017, travel and tourism generated over $8.7 million in hotel occupancy tax revenue! 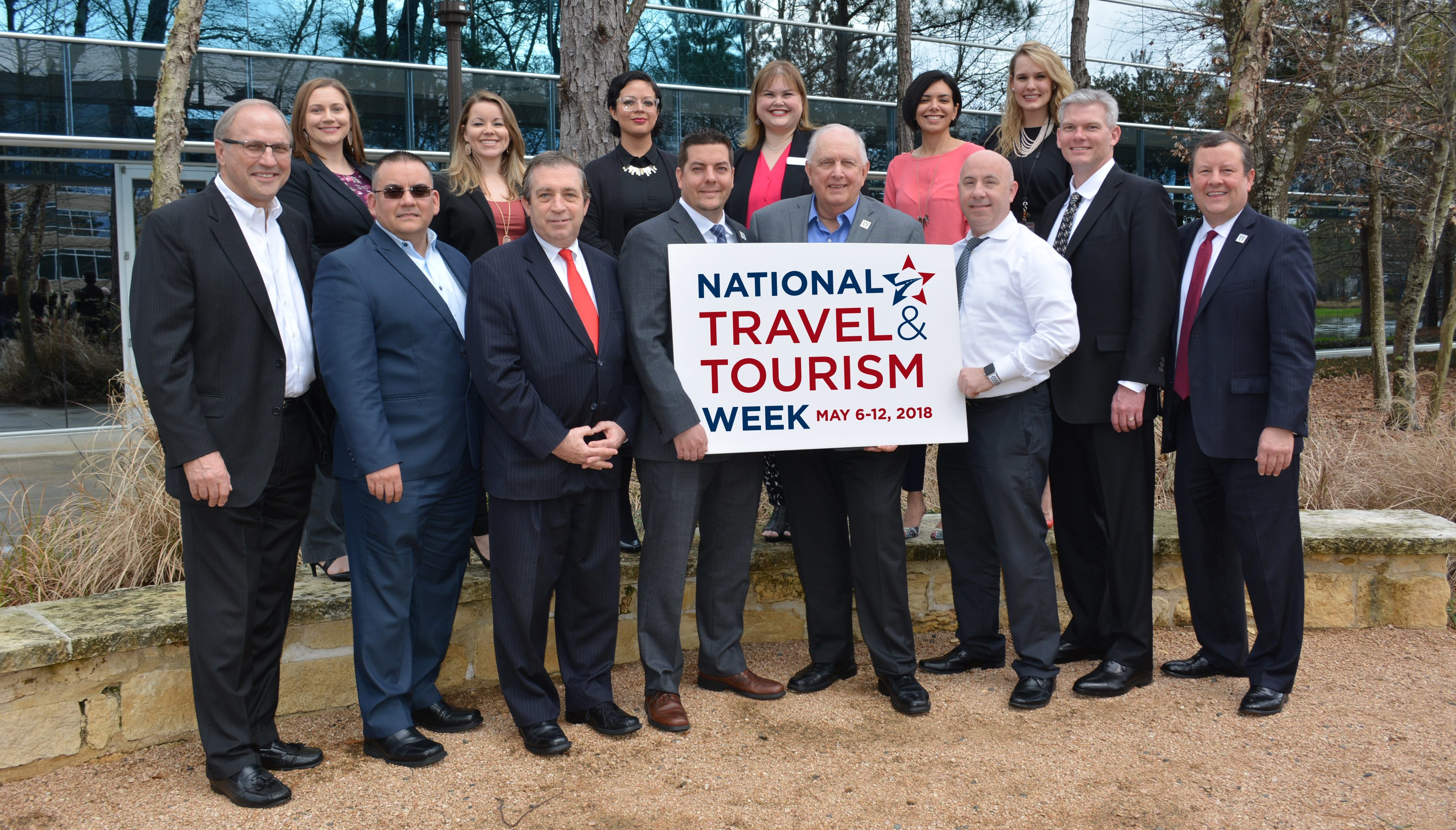 Visit The Woodlands Board of Directors and staff are proud to celebrate National Travel & Tourism Week.

Our industry puts an emphasis on welcoming visitors from near and far, which has helped position travel and tourism as an economic power in the lives of Woodlands residents. The Woodlands is an exceptional place to live and work. The variety of things to do and see along with its tranquil beauty are what helps to drive our local economy.

In celebrating National Travel and Tourism week, we will be sharing a few then and now photos of The Woodlands. We at Visit The Woodlands are so proud of what the area has become and are thankful for the visitors we have. Now let's take a short trip down memory lane...

Take a look at the past and see where it all began - a vision for a master planned community with a hometown feel. On October 19, 1974 founder George Mitchell made that vision a reality with the opening of The Woodlands as a sustainable hometown that would grow and thrive to become what it is today.

In the late 1970s, The Woodlands had little entertainment to offer its small but growing population. The Warf Shopping Mall housed shopping, dining and entertainment options including the popular indoor ice rink. Fast forward to 2016, the first ice skating season was held at the new 21,000 multipurpose facility next to The Cynthia Woods Mitchell Pavilion. The new seasonal ice rink is not only a resident favorite, but a regional attraction for our visitors.

After showing the original shopping center of The Woodlands, it’s only fitting that we show The Woodlands Mall next. The mall first opened its doors with a Texas-sized balloon drop in the center of the three-story shopping destination in 1994. On opening day the mall housed over 120 stores and since has undergone several renovations bringing in major retailers like Nordstrom, Macy’s and Dillards.

If you’ve ever been to The Woodlands, or have read any of our previous blogs, you know we love our festivals. Hence, the annual Bottom of The Lake Festival, held in 1985. Once excavation of this man-made lake was was complete, it was filled and became the body of water it is today. Fast forward to October 19, 2014, Lake Woodlands was the backdrop to commemorate the 40th anniversary celebration of The Woodlands. The Lake is also home to IRONMAN - Texas, the North American Championship.

The Cynthia Woods Mitchell Pavilion is named after Woodlands’ founder George Mitchell’s wife. They both dreamed of having a first-class performing arts facility since The Woodlands opened in 1974. But this dream was worth waiting for. In April 1990, star studded opening shows filled the amphitheater. Starting with The Houston Symphony, Frank Sinatra and Alabama with Clint Black. Today, The Pavilion’s events and concerts range in styles, from rap to country and even opera and ballet. It’s no wonder it has grown to be one of the top ranked amphitheatres in the world!

If you have any “throwback” photos of The Woodlands, please share them with us by tagging us @VisitTheWoodlands on Facebook and Instagram or @TheWoodlandsCVB on Twitter. Don’t forget to use #twcvbyes and #nttw18 in your posts.

As a destination that is still young and very much growing, we cannot wait to see what the future of tourism looks like for us. And we are so proud to see how far it has come!

Amber is the Communications Coordinator for Visit The Woodlands. Born and mostly raised in Texas, Amber has called The Woodlands area her home for ten years. As Communications Coordinator, Amber focuses on content creation for the website, e-newsletters, and social media efforts, as well as the Insider's Guide. Some of her favorite things to do in The Woodlands are outdoor activities, listening to live music, and enjoying a meal or happy hour at one of the areas many restaurants.